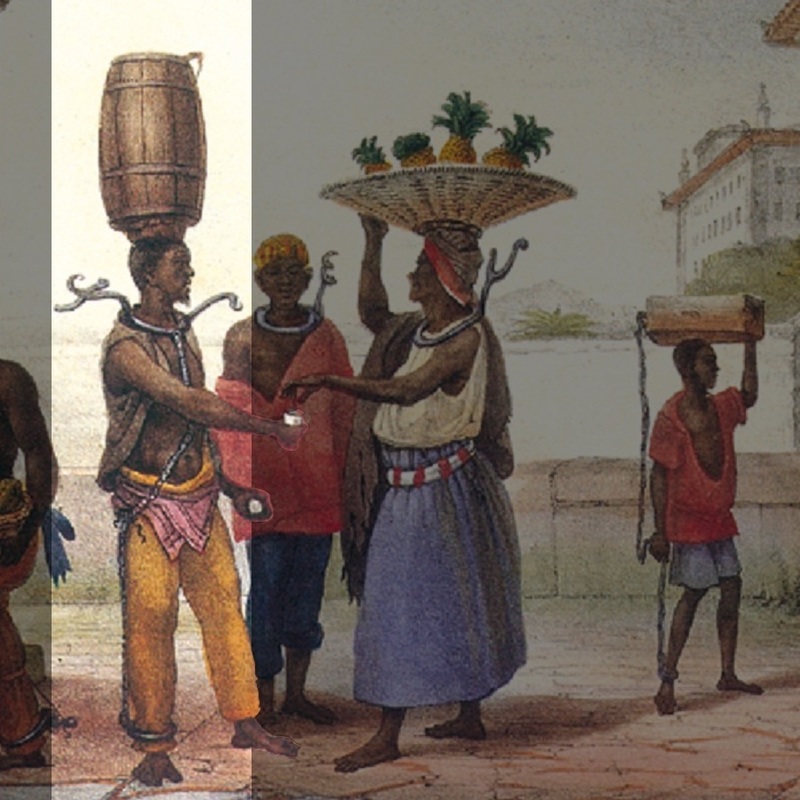 In much the same way that we cannot discuss "The Working Class" today as a monolith, we cannot talk about "The Slaves" as a singular lump of interchangeable people. Enslaved Africans were ordered into a hierarchy based on different types and kinds of labor, which were associated with different levels of status.

The tiger was a very low status enslaved African or Black man who was charged with carrying the waste--that is, human waste--from the homes. The waste was carried in large vessels on their heads and they would walk slowly through the city toward the bay, where they would dump the refuse.

As they moved through the city, the muck would slop and slosh around, spilling down their bodies, leaving a striping pattern on their skin. Over time, the uric acid would permanently stain their skin. Thus, they were called tigres, or "tigers".

Fast-forward to today and consider these images of Rio's trash collectors, known as garis. The photo above appeared in a 2010 news item, announcing that the city would be adding 2000 new jobs to the gari workforce.

The image below is from the 2014 trash collector stike, where garis fought and won a pay increase from just over US$300 per month to about US$450, with benefits bringing the value to US$500 per month. (Note: values calculated at 2014 exchange rates.) The strike revealed that the garis had been paid at a rate of about 1/4 of the average salaries of other city service workers.