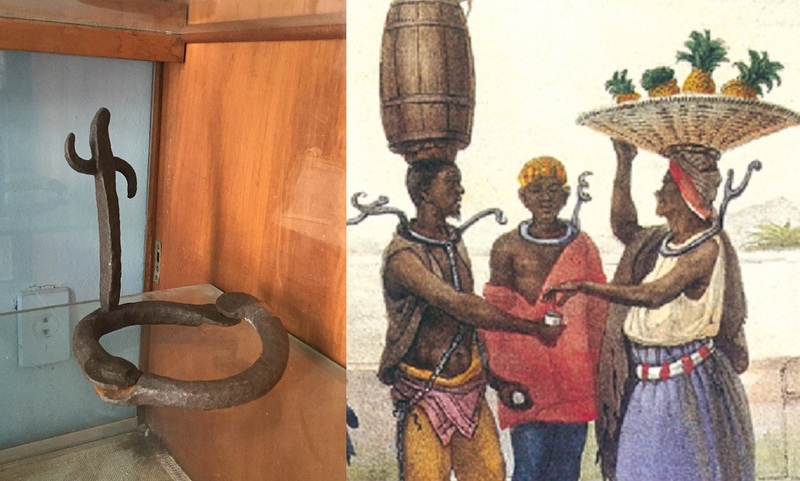 The trio in the middle of the painting appears to be sporting some kind of exotic necklaces, until we focus on our cousin to the left and notice a chain running all the way down to his shackled ankle. So those are not decorative pieces, with those ornate curliques fanning out to the sides.

No. The surviving artifacts from the Black Museum prove that these were, in fact, torture devices. First, let's note the size of the collar itself. The painting tells us that they were quite loose and rather wide, like some kind of necklace, lying below the collarbone. When looking at the actual collars in the museum, one is struck by how small and restrictive these contraptions were made to be; many so small that they clearly were placed on children. The side pieces did not fan out, but ran straight up the side of the head. If bars were on both sides of the collar, like our cousin on the left, he would not have been able to move his head freely. And remember, these were made of cast iron, not only quite heavy but searingly hot in the tropical sunshine.